About the AustRalian softbill Club (ASC)

The keeping of softbills is as diverse in its husbandry as there are species available and the people who keep them.
The Australian Softbill Club was founded as an online group by Jeff Bray, noticing an absence of a specific Facebook presence for keepers and breeders of softbills in Australia.
Since it's inception the Club has endured many ups and downs with Facebook Community Standards changing how our members could interact - particularly when trying to sell birds or find new bloodlines to maintain genetic integrity.
Despite the constant and frustrating shutdowns by Facebook our members have remained loyal to their community and to the keeping and breeding of Australian softbills. We will continue to grow the membership of the ASC and ensure this great hobby endures and introduces the wonderful experience of softbill keeping as part of aviculture in Australia to new generations. 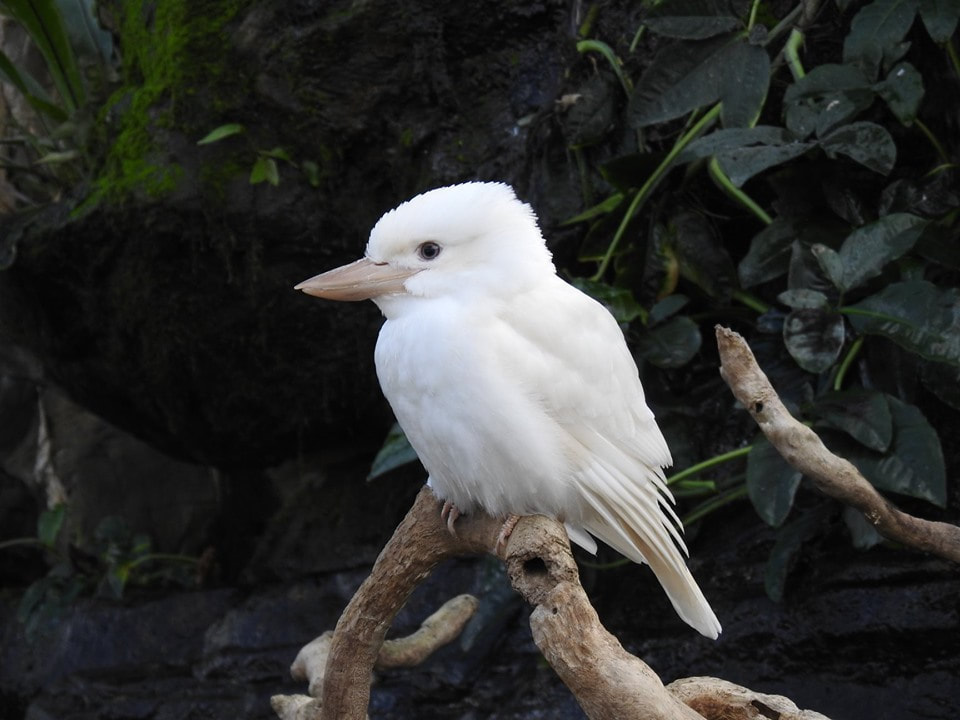 Definition of “Softbills”:
The term softbill is a broad non-scientific avicultural term applied to species that do not fit into the parrot, finch or game birds categories such as poultry and pheasants.. The term Softbill has nothing to do with the softness of their bill and more to do with the types of the foods that they eat. Within Australia softbills, both native and foreign, are kept. The interest in keeping them is steadily growing with each year and advancements in keeping and feeding them has seen an increase in successful husbandry and breeding of many species that were once hard to keep and breed.
Meet the ASC Committee
Jeff Bray:
Jeff started keeping softbills around the age of 15, keeping what was locally available at the time with
Silveryeyes, Red-whiskered Bulbuls, Indian Mynahs and the odd injured bird that was brought to him by people who had found them. At 15 he was living in Sydney where these three species were plentiful and easy to obtain and he has continued to keep many more species over the ensuing years. Currently living in northern NSW, Jeff keeps 26 softbill species as well as native and exotic pigeons, doves and the odd finch and parrot.
Steve Sass:
Academic Qualifications: Bachelor of Applied Science (Environmental Science) (Honours in Conservation Ecology) CSU. Graduate Certificate in Captive Vertebrate Management (CSU) Professional Affiliations & Memberships Certified Environmental Practitioner – Environment Institute of Australia & New Zealand Wildlife Exhibitors Network Animal Care Australia Inc Ecological Consultants Association of NSW, NSW Fauna and Marine Parks Association.
Steve has more than 35 years’ captive animal management experience including successful breeding of softbills and native pigeons and keeping and breeding more than 300 reptiles in a private facility in Wagga Wagga.
Steve founded and operated On the Perch Bird Park in Tathra for 4+1/2 years where he successfully bred over 100 species of bird including threatened species, and was responsible for a team of more than 10 staff.
By the age of 16, Steve had bred all but three of Australia’s native grassfinches. At age 17, he was the Secretary of the Wagga Wagga & District Cage Bird Society Inc. with more than 150 members and organised one of the largest bird shows in NSW with more than 2000 entries. Steve was also a founding member of the Riverina Finch Society Inc., and was one of the most successful breeders and exhibitors of Australian and Foreign finches in the 1980’s and 1990s. Steve was the Editor of the ‘In-Flight’ magazine, the newsletter of the Wagga Wagga & District Cage Bird Society Inc. and ‘Finch Mix’, the magazine of the Riverina Finch Society Inc. collectively for more than 6 years.
His commitment to avicultural improvement has seen Steve author more than 100 general interest articles for various avicultural society newsletters on various aspects of captive avian management, and he has been an invited guest speaker at conferences and bird club meetings.
During his employment at Charles Sturt University, Steve held the position of Senior Technical Officer in the School of Science & Technology. Steve was responsible for the insect breeding facility which was used to feed captive frogs and reptiles maintained at the university, as well as by teaching staff for laboratory sessions.
In recent years, Steve has also contributed to current research. To date, he has published, submitted or has in preparation, 37 manuscripts within peer-reviewed scientific journals, most of which are related to threatened species survey, monitoring or management. Steve was recently invited by the Department of Planning, Industry and Environment to become a sitting member of a team to develop Priority Action Statements for two species listed as Endangered.
Steve now consults to other zoos and wildlife parks across Australia providing expert advice on captive avian management. Steve’s career highlight is the recent discovery of a new species of lizard in western NSW; the Barrier Range Dragon (Ctenophorus mirrityana). Steve played a pivotal role in collaboration between the University of Melbourne, Museum Victoria and EnviroKey to formally describe this new species which was recently published in the Journal of the Australian Museum.
Michael Donnelly:
Michael has kept birds for about 50 years and reptiles over than 18 years.
From the day he was born his father introduced him to birds and he has fallen for them ever since, over the years keeping finches, quail, parrots of almost all kinds, and in the past 10 years or so concentrating on softbills.
Growing up with rows of aviaries holding Australian parrots and finches, Michael then drifted from the larger Australian parrots and took more of an interest in finches and small Australian parrots, then slowly migrated from finches to softbills and keeping less finches as the years progressed.
To quote Michael: "This is my hobby, I am not in it for profits - as most of you would know it’s certainly not a profitable venture by any means - and I certainly don’t sell any excess young to just anyone. If I don’t feel someone is a suitable candidate to purchase one of my animals, then they are not going anywhere."
Michael has been extensively involved in the ongoing review of native wildlife licensing in NSW.
He has held the position of Secretary to the Herpetocultural Society of NSW, and is currently the President of Animal Care Australia Inc, a national animal welfare-based organisation that protects the right to keep and breed pets and animals in Australia. The animal rights extremist (ARE) movement has grown in Australia to the point where they now have strong influence at all government levels from national to local councils.  Their push to limit and ultimately cease the keeping of animals has already resulted in major changes in legislation, welfare acts and council policies across Australia.
Animal Care Australia provides a balanced voice to help counter-act the ARE influence. Protecting our hobby is vital.